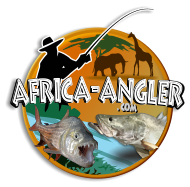 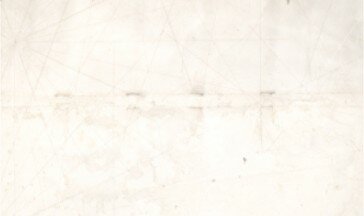 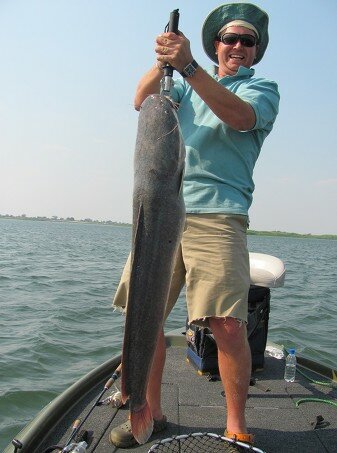 This catfish is second in size only to the Vundu in Zambezi waters. Adults average 1-1.5 meters in length, reaching a maximum of 1.7m.

The African sharp tooth catfish (also known as barbel in Africa) has a large, eel-like body, usually of dark gray or black coloration on the back, fading into a white belly. Sharp tooth Cats have slender bodies, flat, bony heads (flatter than in the Siluris genus, like the Wels Catfish) and have broader mouths with four pairs of barbels.

They also have a large breathing organ composed of modified gill arches, allowing this amazing catfish to breathe air and be able to withstand long periods of time out of water and also in drying mud holes in times of drought. Only the pectoral fins have spines, unlike many other Cats. They can weigh up to 65lb.

They can be caught on small lures, flies, jigs and cut bait and fight well. A large barbel will dive straight into the reed beds. In the Okovango Delta and in a minor way on the Zambezi, the well-documented ‘Catfish Run’ is famous for producing large Cats which attack fry and baitfish coming off the receding plains after the rains have stopped. They literally gorge themselves and usually large tigers are not far behind them in this feed fest! 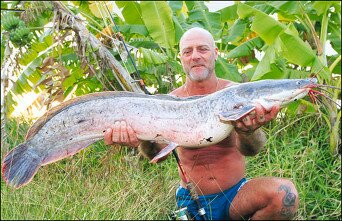 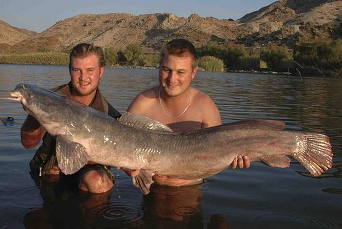